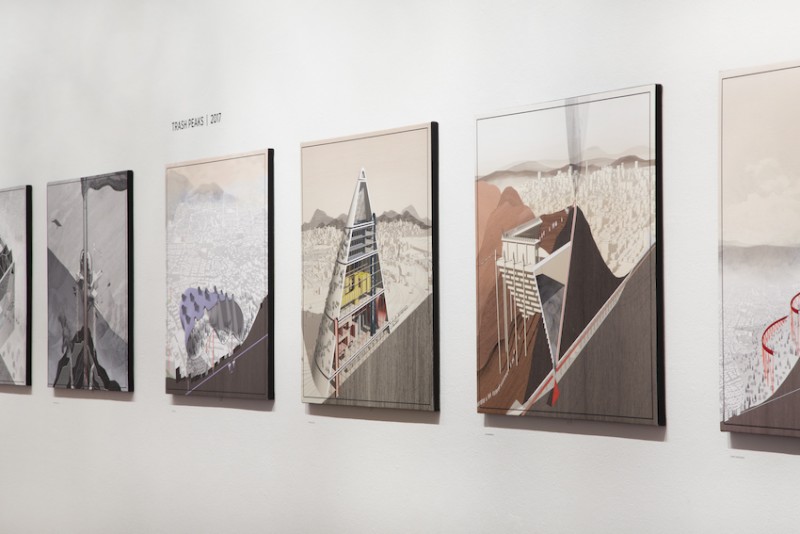 How do we make sense of the Earth at a moment in which it is presented in crisis? To live in an epoch that is shaped by extensive environmental transformations is to be confronted with risks and uncertainties at a planetary scale. Paradoxically, we remain little mobilized, in part because of our failures to comprehend the reach of a story that is both difficult to tell and hear. The environmental crisis might not only be a crisis of the physical environment but also a crisis of the cultural environment—of the systems of representation through which society relates to complex environmental systems in their vast scales of time and space.
Geostories is a manifesto on the environmental imagination presented in twelve architectural projects that engage the planetary scale with a commitment to the drawing as medium. Four of these projects are presented in this exhibition—After Oil (2016), Of Oil and Ice (2017), Pacific Aquarium (2016) and Trash Peaks (2017). These geographic fictions render visible the unaccounted-for spaces of technological externalities—of landscapes of resource extraction and waste management—all while bringing forth some of these systems; attributes as generators of a renewed civic design. The architectural drawing becomes instrumental to reckon with the cognitive and affective dissonance of climate change, between what feels like an individual concern and the collective planetary consequences.